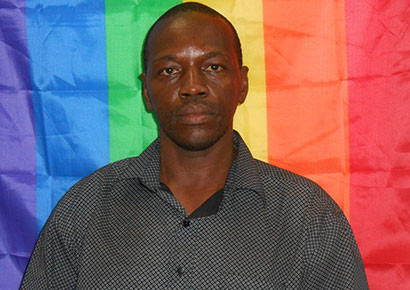 A leading LGBT activist in Tanzania has warned that his government is trying to kill gay people by denying them vital HIV services and has called for a tourist boycott of the country.

Speaking on The Mamba Show on GaySA Radio, James Wandera Ouma, the founder and Executive Director of LGBT Voice Tanzania, addressed growing state homophobia, including the closing down of 40 HIV facilities that provided services to men who have sex with men (MSM) and transgender people.

Ouma explained that the government’s actions would have a devastating impact. Most members of the LGBT community, he said, are too afraid to make use of mainstream clinics and hospitals in Tanzania, where homosexuality is illegal.

Tanzania’s health ministry justified closing down the facilities by accusing them of “promoting homosexuality” because they provided lubricants, condoms and counselling to MSM.

Ouma said that for those who cannot afford to pay for expensive private services, “that means you are going to die. It means death!”

He revealed that activists are planning to litigate against the move. “We need to take the government to court and demand the right to access the services. LGBT people must not be excluded.”

He warned that if the government goes ahead with its recent promise to publish a list of gay people this could lead to a spike in attacks against the LGBT community. “This will cause a lot of havoc, chaos. Violence will erupt on the streets.”

Tanzania is a popular tourist destination, especially among South Africans, something which Ouma believes should be leveraged to put pressure on the government.

“Boycotting will be one of the things to do – and not quietly, not silently, but announcing and publishing that ‘we are boycotting going to Tanzania because of the persecution of the homosexuals’. We need external pressure to make our government accountable. Our government is violating human rights.”

He appealed for the world to be more vocal in opposing the government’s homophobic policies. “We have a Tanzanian embassy in South Africa. South Africans who believe that Tanzania is violating human rights, especially the rights of LGBT people, [they] can demonstrate, they can organise marches, come up with statements.”

He urged people to “raise their voices where they are. Say something [about] what is happening and the world will know.”

Listen below to Ouma’s full interview on The Mamba Show (every Thursday between 3-6PM) only on GaySA Radio.