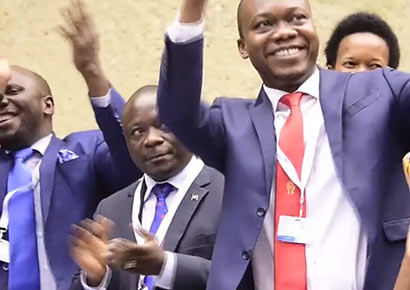 It’s been reported that Uganda has joined a gang of anti-LGBT nations in banning any discussions on LGBT rights at the International Parliamentary Union (IPU).

According to reports, the shocking decision was taken at the 139th Assembly of the IPU in Geneva and was led by Uganda’s notoriously homophobic Speaker of Parliament, Rebecca Kadaga.

The IPU is an organisation made up of national parliaments from around the world that aims to “protect and build global democracy through political dialogue and concrete action.”

At the gathering, a proposal was submitted for the Standing Committee on Democracy and Human rights to hold a debate at the next assembly on the subject of: “The role of Parliaments in ending discrimination based on sexual orientation and gender identity and ensuring respect for the human rights of LGBT persons.”

Describing the proposal as a “well-orchestrated machination” the Ugandans worked with a host of anti-LGBT countries who have appalling human rights records to oppose the move and apparently block any future debates on the issue.

A total of 689 MPs – from countries including China, Iran, Russia, Saudi Arabia, Somalia, Sudan, Uganda and Zimbabwe – voted against the proposal while 499 legislators supported it.

Video posted on the Facebook page of the Parliament of Uganda of the session in Geneva showed the jubilant Ugandan delegation clapping and cheering at the outcome. Kadaga said the decision was a victory against “uncivilised and unchristian behaviours” at the IPU.

“I am so happy that this battle has finally been won,” Kadaga was quoted as saying by Daily Monitor. “It started in St. Petersburg in Russia when they attempted to smuggle it in. Today, we have made a final vote that will prohibit the issue of LGBT from appearing on the IPU agenda.”

In March, Kadaga threatened a walk-out when attempts were made to discuss LGBT rights at the 138th IPU Assembly.

Ugandan MP Francis Mwijukye Francis told The Observer: “We shall continue to fight the LGBT issues on the international level until people here appreciate that same-sex is inhuman and anti-culture.”

DA MP Michael Waters, who was part of the South African delegation at the IPU this week, said on Facebook that the vote “was a very sad day for human rights”. He commented that, “Parliaments are supposed to debate controversial issues and listen to other people’s points of view…” 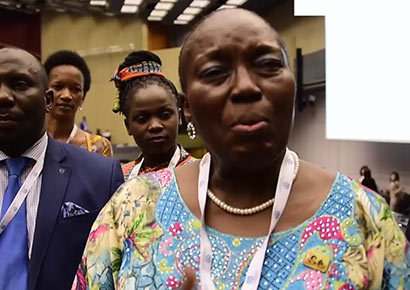 Melanie Nathan, Executive Director of the African Human Rights Coalition, argued that the IPU “ought to place human rights and protections for these very people at the fore.”

She added: “It is as if these criminalising and persecutory nations are trying to contain and control the only protections available to persecuted LGBT people, which obviously involves global protections in the form of exile and migration.”

Edwin Sesange, Director of the African Equality Foundation, also criticised the IPU vote. “The world cannot allow itself to be silenced by some members of parliaments who are driven by hatred, torture, discrimination and persecution of innocent LGBTI people.”

Both Sesange and Nathan said the IPU’s decision had placed the credibility of the entire body in disrepute.