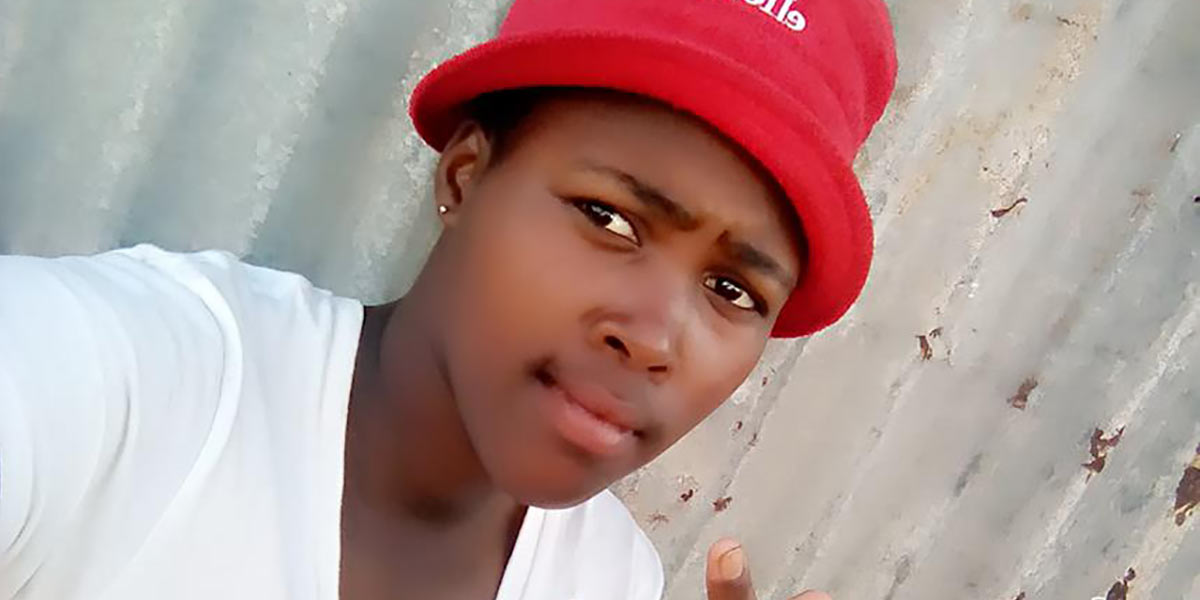 Sixteen-year-old Liyabona Mabishi has become the fourth member of the LGBTIQ+ community to be murdered in South Africa this year.

The teenager was walking with an 18-year-old friend when she accidentally bumped into a man that was part of a group.

Despite apologising, the Grade 11 learner was assaulted by three men and repeatedly stabbed, with most of the wounds being inflicted to her face and neck.

Her friend, a male youth, tried to intervene and was also stabbed. Mabishi died on the way to the hospital while her friend survived.

“I have always kept her by my side fearing for her life. I feared that she might be a victim of ‘corrective rape’. I never thought she would be killed like this,” the teen’s mother, Philiswa Mabishi, told Daily Voice.

It’s not yet clear if her attack was a hate crime related to her LGBTIQ identity, but Mabishi joins at least three other members of the community reported to have been murdered in the first three months of 2020.

Roché Kester, Hate Crimes Manager at OUT LGBT Well-being, described the incident as “senseless” and lamented the brutal cutting short of such a young life.

“This horrific act of violence has no place in our society,” said Kester. “There is an urgent need for the president to fulfil his promises to implement effective strategies to combat gender-based violence.”

She added: “Femicide is now a societal norm in South Africa and it must be countered by putting effective preventative and reactive measures in place for women to have a sense of safety in our society. This includes LBQ women.”

Commented Sivuyise Fuzile, from the group Free Gender: “It is very sad to live in fear as a homosexual person because you don’t know what might happen to you. It is not fair at all.”

The DA Cape Metro LGBTQIA+ Committee expressed its horror at the fatal stabbing, calling it “an affront on our humanity.” The committee’s Chairperson, Councillor Roberto Miguel Quintas, along with DA LGBTIQ+ activist, Sindiswa Sibiya, visited Mabishi’s family at their home.

“The level of pain we experienced when meeting with her family and neighbours was tangible and the very real sense of anger was felt by all of us together,” said Quintas.

After visiting Liyabona’s family, Quintas and Sibiya were taken to the home of the friend who was also attacked. “The young man has a stab wound to his face, above his left eye and although he is being brave and showing great strength, he is vulnerable and I have arranged trauma counselling support for him,” added Quintas.

It has been reported that several people have been arrested in connection with the attack, although this has yet to be confirmed by the police.

Quintas will reach out to MEC Albert Fritz of Provincial Safety and Security as well as DA Shadow Minister for Police, MP Andrew Whitfield, “to ensure that this case receives the necessary oversight.”

The other reported murders of LGBTIQ+ South Africans this year include Limpopo transgender activist Nare Mphela, who was found murdered in early January; up-and-coming LGBTIQ+ musician Lindokuhle Cele, who was stabbed to death in broad daylight in KwaZulu-Natal last month; and “Jamie” Adnaan Davids, who was stabbed 25 times with a pair of scissors in Cape Town.

MambaOnline has also reported on the “corrective” rape of a lesbian woman the day before Cape Town Pride and the assault of two lesbian women in Newlands West, outside of Durban.