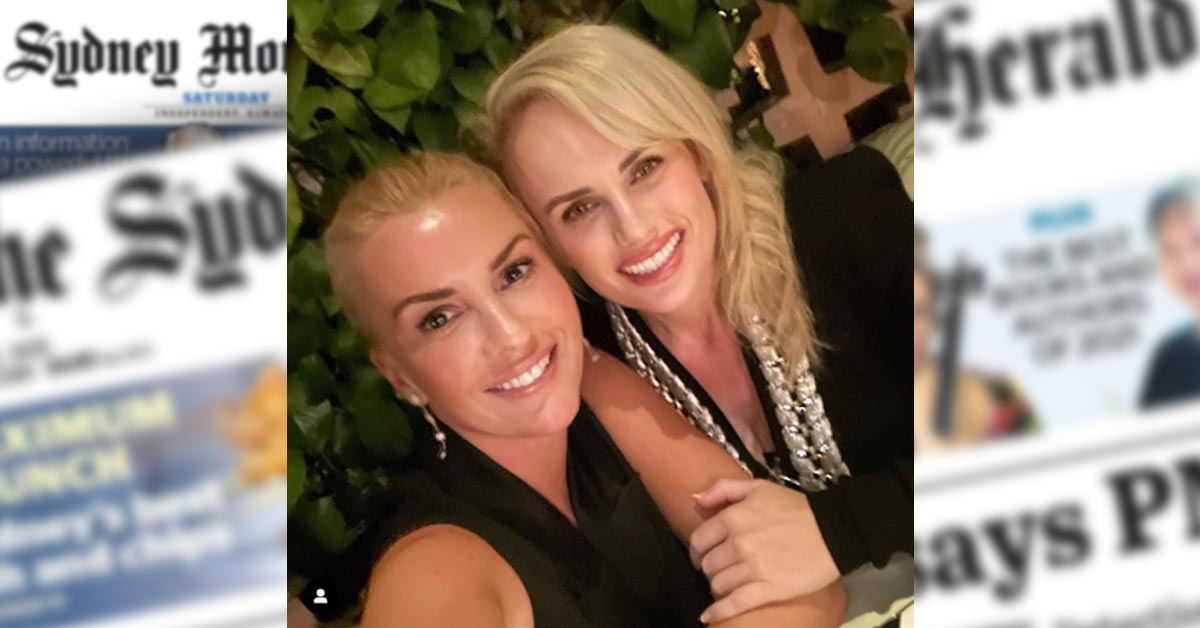 Rebel Wilson came out about her same-sex relationship on Instagram after the Sydney Morning Herald threatened to do it for her. (Photo: Instagram/ Rebel Wilson)

The word “outing” has two distinct meanings, the first of which most people will be acquainted with. The second meaning of “outing” does not refer to a short recreational trip, but rather marks the beginning of a far longer journey for LGBTIQ+ people: one on which they embark as their authentic selves, without having to don attire that just doesn’t fit right.

Even if we live in an era where gender and sexuality have become matters of public discourse – as is always the case when the personal becomes political for the greater good of a specific group – someone’s own identity remains a deeply private matter, at least until they decide to divulge it in the public realm.

For as long as sexuality and gender have been hot-button topics, the media has had a hand in outing people before they were ready to come out themselves. One of the earliest instances of outing by the media was the case of April Ashley, who was among the first British people known to have had gender reassignment surgery.

After having the surgery performed in 1960 in Casablanca, Morocco, a friend sold Ashley’s story to the British tabloid, The Sunday People, in 1961. Prior to her outing, Ashley had worked as a model and actress – the scandal that ensued after her being outed ended her career in the public eye and subjected her to scrutiny.

One of the most infamous and dangerous series of media outings of LGBTIQ+ people was by Uganda’s Red Pepper tabloid. Over the years it has outed hundreds of individuals, exposing them to discrimination, arrest, abuse and even the risk of death in one of the world’s most homophobic countries.

More recently, it was revealed that the Australian Sydney Morning Herald newspaper had been the driving force behind Rebel Wilson’s coming out, after the actress and comedian announced she was in a same-sex relationship on Instagram early in June.

After the fact, there was public outrage globally when veteran Herald gossip columnist Andrew Hornery disclosed that he had given Wilson 27 hours to respond to the allegation before publishing. He then had the gall to reveal his discontent that the actress shared the news herself before he was able to.

The actions of Hornery, who is himself a gay man, have since been defended by the editor of the newspaper, who stated that the approach was the same one that would have been taken, had the actress been rumoured to be in a straight relationship.

The Sydney Morning Herald issued no less than three statements after activists started speaking out about the way in which Wilson’s hand was forced, robbing her of the chance to put her relationship with fashion designer Ramona Agruma into the public domain on her own terms, if she even wanted to do it at all.

Horner has said that he is, “well aware of how deeply discrimination hurts. The last thing I would ever want to do is inflict that pain on someone else.”

Whether, when and how to come out should be decided by the individual, entirely on their terms.

Disclosure of one’s sexuality or gender identity still comes with plenty of risk in the year 2022. In Australia, footballer Josh Cavallo received death threats and loads of hostility after coming out as gay last year.

Says Nicki Bath, the chief executive of LGBTIQ+ Health Australia, “When we see someone publicly having an experience of being forcibly outed in 2022, I think it really throws a lot up in the air about where we are as a society, with regards to people’s privacy and people’s own choices around what happens in their lives.”

The LGBTIQ+ rights organisation Stonewall has echoed this sentiment, again highlighting the importance of allowing the queer community to come out if, when and how they prefer to do so.

“Coming out is a deeply personal decision. Whether, when and how to come out should be decided by the individual, entirely on their terms. It is simply not OK to ‘out’ LGBTQ+ people or put pressure on us to come out. Media outlets should take care not to sensationalise LGBTQ+ lives and relationships,” Stonewall said in a statement.

Even if people in the public eye are still subjected to threats of outing by the media, there is now a universal understanding that coming out should never be forced. Ultimately, someone’s personal circumstances, which are private, will dictate whether they decide to come out or not.

Locally, the Press Code of Ethics and Conduct for South African Print and Online Media serves as a guideline for journalists. It stipulates that the media’s work is guided at all times “by the public interest, understood to describe information of legitimate interest or importance to citizens”, but further states that the media should avoid
“unnecessary harm” taking special note of “vulnerable groups” and “exercis(ing) care and consideration in matters involving the private lives of individuals.”

It might come as no surprise that the newspaper that led to Rebel Wilson coming out was the same one that published the names, occupations and addresses of some of the people who were arrested after marching in the 1978 Gay and Lesbian Mardi Gras in Sydney.

This led to many people losing their jobs and their homes, and some were even driven to take their own lives. One would think that the Sydney Morning Herald would have taken a page from their own book before again putting pressure on a public figure to share something they hadn’t yet decided to do of their own accord.

In the end, the media has no right to disclose a person’s sexuality or gender identity to the wider public. While we all know of some people in the public eye who are queer, taking away their chance to share their own truth isn’t just bad
manners, but can have significant long-term effects on someone’s wellbeing – this isn’t less valid just because a person is already in the public eye.