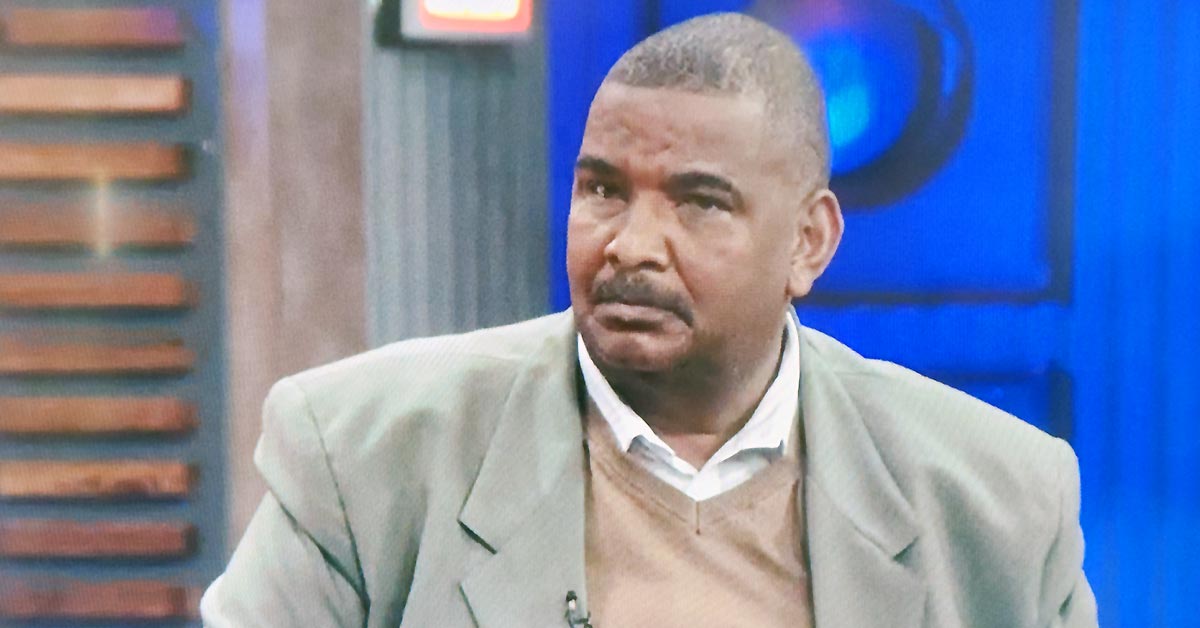 Oscar Bougardt was found guilty of LGBTIQ+ hate speech in 2018

The Kyknet talk show Sê jou Sê (have your say) has come under fire for giving Oscar Bougardt, the Cape Town pastor convicted of LGBTIQ+ hate speech, a platform to debate LGBTIQ+ existence and air his harmful views on national television.

The interactive show, hosted by Heart FM radio personality Aden Thomas, was launched on the Afrikaans channel in October. It allows audience members to state their views, question the guests and vote on the question of the day.

Bougardt was one of two guests in the recent problematically titled episode, “Is it okay to be gay?” In it, Thomas pushed the pastor to justify his anti-LGBTIQ+ views and statements.

While it was clear that the host and the audience did not subscribe to Bougardt’s blatant queerphobia, it was nevertheless a platform for the attention-seeking preacher to make several alarming comments.

This included proclaiming that “homosexuality is by choice” and that “a gangster has a choice to be a law-abiding citizen, the drug addict has a choice, homosexuals have a choice.”

Bougardt also took the opportunity to air the dangerous narrative that LGBTIQ+ people are a danger to children, stating, “One thing I can assure you, they prey on our children”.

He further falsely claimed that the Western Cape Education Department had tried “to bring a gay curriculum, a homosexual curriculum into primary schools”.

“They wanted to teach children as young as nine what two homosexuals do in bed,” Bougardt ranted. “They are trying to influence the mind of the children. One of the main purposes of homosexuality is to confuse our children.”

The other guest on the show was a representative from Inclusive and Affirming Ministries (IAM), Reverend Michelle Boonzaier, who Bougardt refused to acknowledge as a religious leader because she is a woman.

While Boonzaier bravely attempted to counter the preacher’s hate, it was Bougardt’s irrational, angry and bitter words that ultimately stood out.

IAM’s Communications Officer Gomo Lesejane told MambaOnline that the organisation chose to participate in the show because it believed it was important that someone was present to oppose Oscar Bougardt’s vitriol from an informed perspective.

In a statement about the episode, IAM said that “homophobic bile cannot be tolerated under the guise of ‘freedom of speech and expression’ as many bigots would like to believe.” The organisation also spoke out against media platforms that give space to peddlers of hate speech.

Why is the validity of LGBTIQ+ people’s existence still being debated?

“The media… has – as a purveyor of news and information – an important role to play in weeding out the rot that is homophobia and Queer antagonism in spaces of public discourse. This means being responsible enough not to amplify voices that incite the further marginalisation of already oppressed groups,” said IAM.

The organisation added: “This also certainly means steering clear of using people’s lives, stories and vulnerabilities as fodder for television ratings; but rather as conduits for shifting narratives and creating lasting impact in our communities.”

Venter noted that he and other members of the production team and the channel are gay men. “We are extremely sensitive, but also very active, in looking out for the LGBTQIA+ cause,” he said.

MambaOnline asked Venter why it was thought appropriate for the show’s title to interrogate the validity of LGBTIQ+ people’s existence. We also questioned why Bougardt was chosen to be a guest, despite his LGBTIQ+ hate speech conviction.

Venter argued that the show “is actually an amazing debate and way of bringing contentious issues of serious matters that happen in all our communities, under the viewers’ attention.”

He claimed that the episode’s title was intended to indicate that being gay is still not seen as “okay” in some people’s communities, although he admitted that he would rightly “never” produce a show titled “is it okay to be black?” or is it “okay to be a woman?”

The producers did not consult with an LGBTIQ+ organisation

“What we wanted to get from our viewers and audience, however, is what do they experience in their communities?” said Venter. “Because it is fine having your human rights on paper, but what happens when a monster like Bougardt starts preaching in your community and you are a young gay boy or girl?”

Venter also remarked that “we were appalled that a man like Oscar Bougardt is preaching in Delft, has got a congregation and a following and we wanted to expose him to our viewers. Not everybody knows about him and he was carrying on merrily doing his terrible work.”

Venter acknowledged that the producers did not consult with an LGBTIQ+ organisation before putting the episode together. “Our editorial teams and content producers are people with decades’ worth of experience in print, radio and television. We do however have legal support and backup before we go to air.”

He also rejected the accusation that Homebrew Films was irresponsible by using Bougardt’s sensational notoriety to attract viewers and ratings. “What is sensationalist and irresponsible to you, may be the daily reality for someone living in Delft – the so-called working class, and our viewers,” said Venter.

“If we ignore these terrible things happening in our communities, we are guilty of the murder and abuse that follows. We are proud that on our show the whole audience – that all booked on a first come first serve basis – stood up and told the pastor he was way out of line,” he insisted.

Oscar Bougardt was found guilty of hate speech by the Western Cape High Court in May 2018 and was given a 30-day jail sentence, suspended for five years. This followed years of abuse against LGBTIQ+ people on social media and in the press, including calling for their execution and imprisonment and stating that they are paedophiles targeting young children.

The cleric has not been deterred by the judgement and has continued to make anti-LGBTIQ+ comments. In October 2019, Bougardt was served with court papers for violating the terms of his homophobic hate speech conviction. Three years later, he has yet to appear in court to answer the charge.