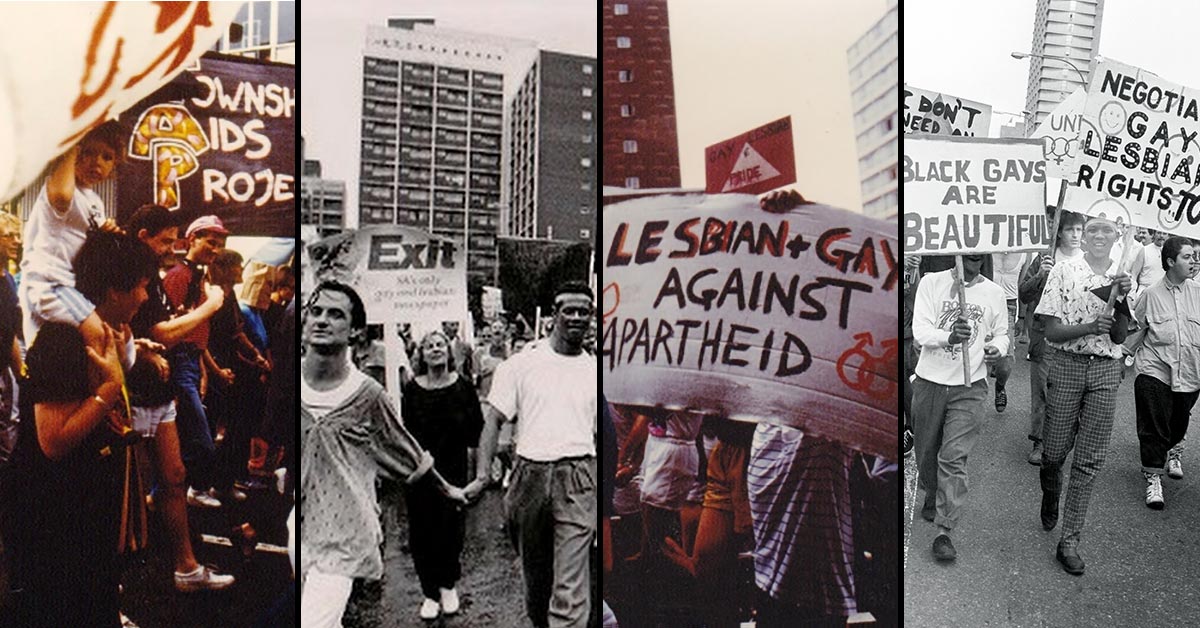 October is commemorated as Pride Month in South Africa and the continent. So, what makes this month so special and why do we celebrate Pride in the first place?

LGBTIQ+ Pride can be a concept, a feeling, or a time (a day or a month) through which members of the LGBTIQ+ (Lesbian, Gay, Bisexual, Transgender, Intersex and Queer, plus) community celebrate their identity and community with ‘pride’.

This expression of Pride is a defiant response to the shame and stigma that the world has imposed on our lives – just for being ourselves or loving who we love.

The celebration of Pride is also a way to build a sense of belonging (to know that none of us is alone), a means through which to highlight the injustices LGBTIQ+ people face, and to demand equality and inclusion.

Pride, as we know it today, has its roots in the Stonewall Riots. On 28 June 1969, police raided a popular LGBTIQ+ bar in New York City called the Stonewall Inn.

After years of experiencing these homophobic raids and harassment by the authorities, this time the furious bar patrons fought back. The rebellion ignited days of scuffles and protests in the streets.

Until that point, LGBTIQ+ people were very careful to not be public about their sexuality or gender identity to avoid discrimination and even arrest.

Inspired by the riots and ongoing injustices, members of the LGBTIQ+ community in the United States started planning marches to assert their place in society.

The following year (1970), to mark the anniversary of the Stonewall Riots, the first-ever Pride marches were held in New York City and Chicago. Soon, other cities in the US and other countries started holding their protests for LGBTIQ+ equality.

This public expression of LGBTIQ+ identity sparked new confidence and led to a growing movement to demand the human rights of queer people.

Today, international Pride Month is celebrated in the US and other countries between June and August, with many global Pride marches and parades held around that period. In South Africa, we do things differently, of course. 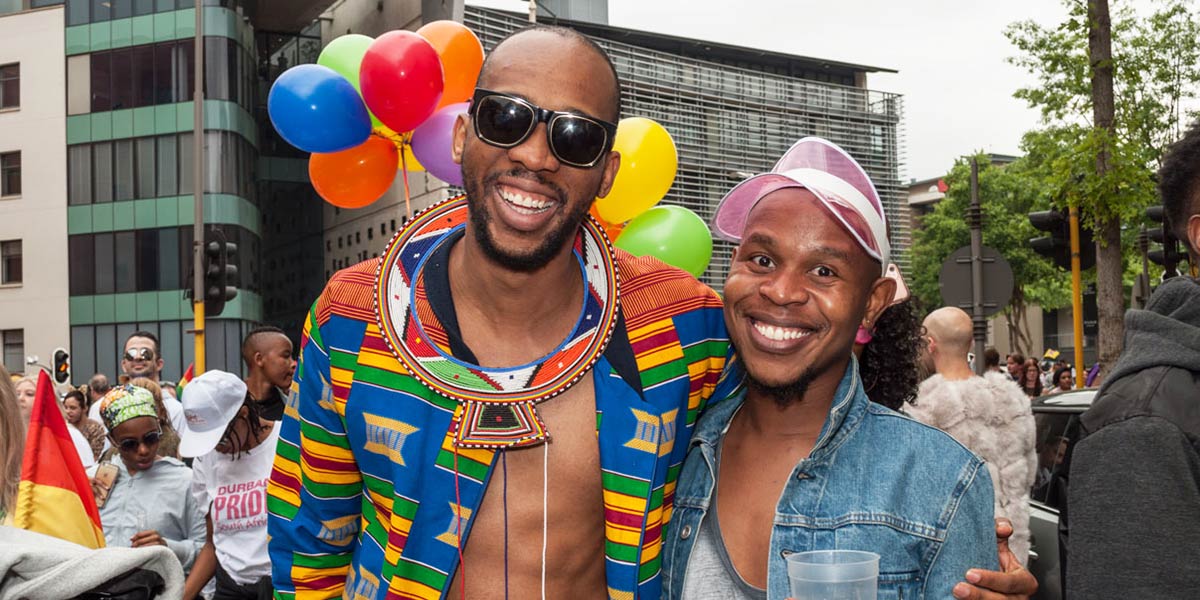 On 13 October 1990, Africa’s very first Pride march was held in Johannesburg. On that day, while still in the grip of the apartheid regime, around 800 people marched through the city to insist on their human rights.

The event was organised by GLOW (Gay and Lesbian Organisation of the Witwatersrand). Many of the around 800 participants wore masks or paper bags over their heads out of fear of being identified and targeted by the authorities. At that time, it was illegal to be lesbian or gay in South Africa.

Nkoli famously said at the march: “I am black and I am gay. I cannot separate the two parts of me into secondary and primary struggles. In South Africa, I am oppressed as a black person. And I am oppressed because I am gay. So when I fight for my freedom, I must fight for both oppression. All intolerance. All injustice.”

To mark the date of this historic first annual Johannesburg Pride event, October is celebrated as Pride Month in South Africa.

Pride marches have since blossomed in other areas and cities like Bloemfontein, Cape Town (held during the international tourist season in March), Durban (in July) Nelson Mandela Bay, Pretoria and Soweto. There are also Pride events in a few African countries like Eswatini, Botswana and Namibia.

With the advent of democracy in South Africa and our inclusive Constitution, we now have laws in place that are intended to protect us from discrimination and to confirm our equality. So are Prides still important today?

Unfortunately, society, families and individuals have lagged behind our progressive laws. LGBTIQ+ South Africans continue to face hate, prejudice and even deadly violence every year.

This is why Pride remains important today (not just for a month but as an ongoing and affirming feeling about ourselves). Pride is a way to come together and identify with each other, celebrate our successes as a community, mourn those we have lost, and continue the struggle for full liberation and inclusion. 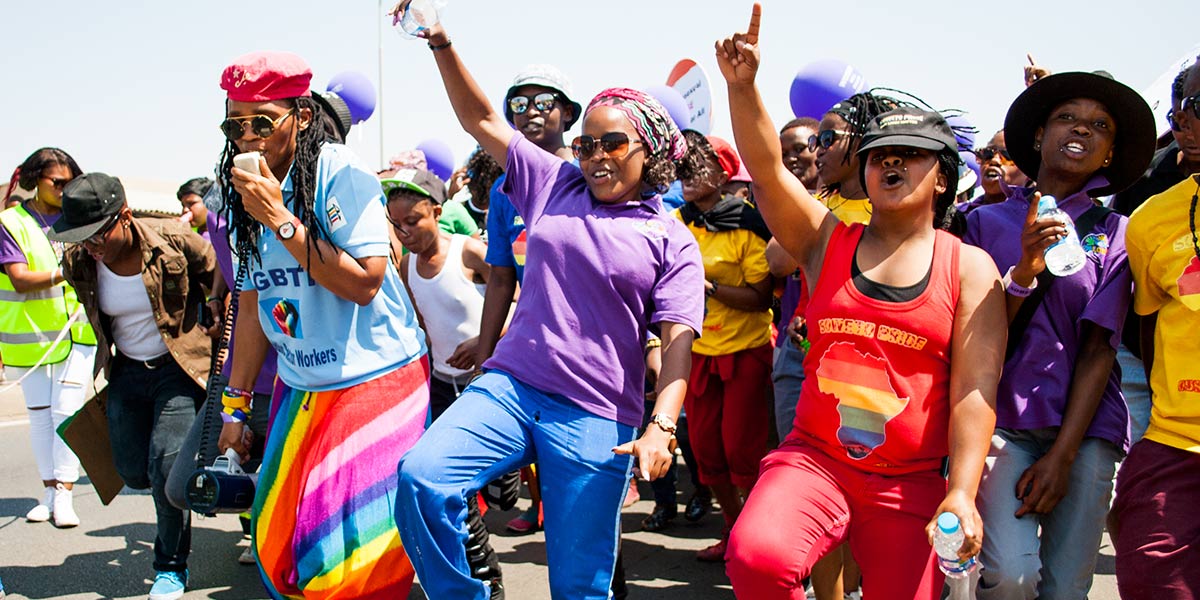