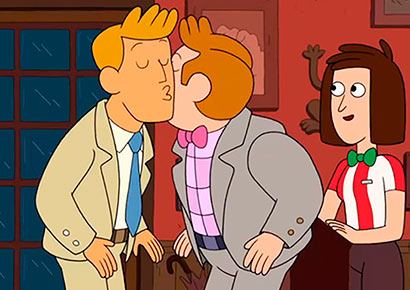 DSTV has been ordered by Kenya’s homophobic and transphobic censors to immediately block six cartoon series for “promoting the deviant LGBT agenda”.

The LGBT-affirming shows include Loud House, The Legend of Korra, Hey Arnold, Steven Universe, Adventure Time and Clarence, which are broadcast on the Nickelodeon (DStv 305) and Cartoon Network (DStv 301) channels.

The Kenya Film Classification Board (KFCB) said in a statement that following complaints from the public it found that the programmes were “glorying homosexual behaviour” to children. It claimed that the series are “deliberately designed to corrupt their moral judgement regarding the institution of family”.

The KFB ruled that the programmes contain elements “intended to introduce children to deviant behaviour” and that parents may not be aware that the shows are “laced with retrogressive and bizarre messages intended to promote the LGBT agenda in the country”.

MultiChoice, which runs the African DSTV pay-TV network, and the individuals channels are likely to accede to the KFCB’s demand to “cease with immediate effect the airing” of the shows.

VIMN Africa, the parent company behind Nickelodeon, told Channel24 that while it is “committed to diversity and inclusiveness” it “also respects the varied cultures and regulatory codes of the markets in which we operate”.

Because the Nickoledeon channel is broadcast on a single DSTV feed across the continent, South African subscribers will also be deprived of seeing the shows.

Turner Broadcasting EMEA, which owns the Cartoon Network, added that it too values “inclusivity” but that it will “always seek to be respectful of local cultures and sensitivities…”

The censoring of DSTV content in South Africa due to prejudiced and homophobic regulators and viewers in other countries is not uncommon. In July last year VIMN Africa and DSTV dropped an episode of The Loud House because it featured a bi-racial gay couple and their son. 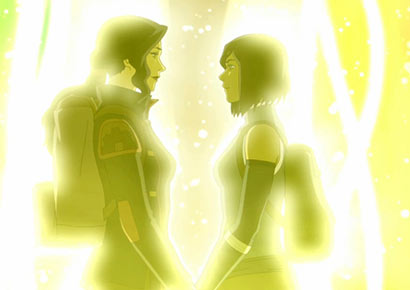 In May of that year, DTSV announced that Caitlyn Jenner’s reality show I Am Cait would no longer be screened in South Africa and the rest of the continent due to “repeated complaints” in Nigeria about the show’s depiction of transgender issues.

In October 2015, DSTV also stopped screening the acclaimed American reality series I Am Jazz, about a transgender teen, after complaints from Nigerian viewers.

Making matters worse, South Africa’s own Film & Publications Board (FBP) is providing support and knowledge to Kenya’s openly homophobic censors. In March 2016, we reported that the FBP had signed a memorandum of understanding (MOU) with the KFCB that would see the two parties collaborating.

The FBP has refused to make public the content of the MOU, despite a PAIA freedom of information request from the Right2Know Campaign.