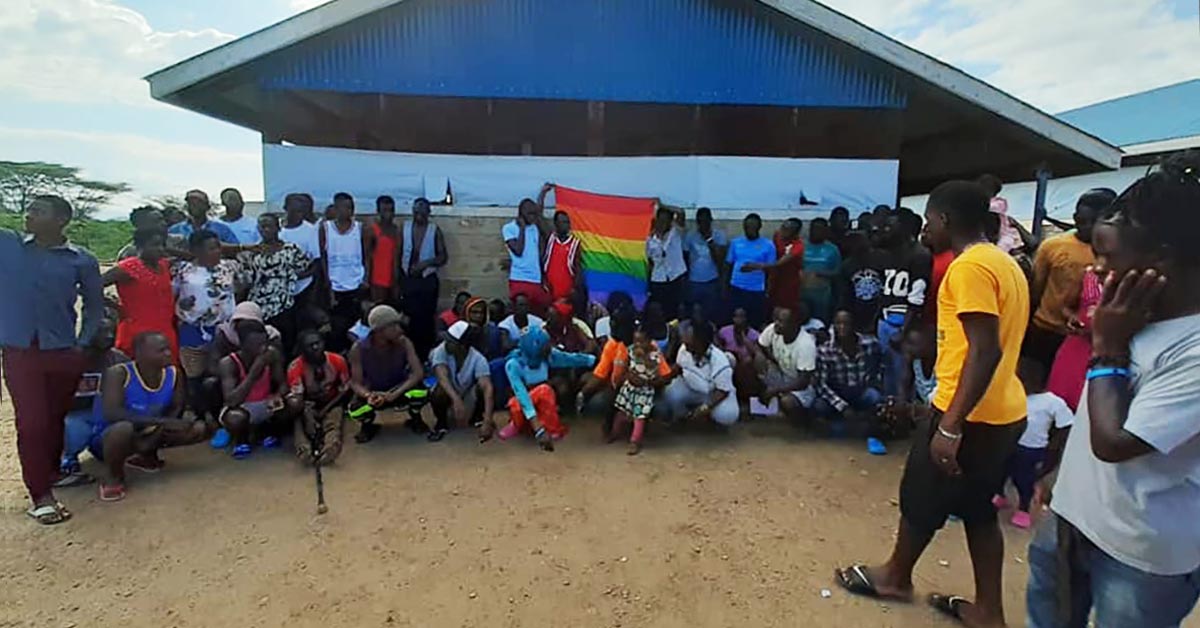 Activists call on the UN Refugee Agency (UNHCR) to urgently evacuate LGBTQ refugees from Kenya’s notorious Kakuma Camp in order to save their lives.

LGBTQ individuals, many of whom fled from Uganda and are now located in the refugee camp’s Block 13, have faced intolerable conditions for years. This includes trans and homophobic violence by other refugees and the authorities, under the watch of the UNHCR.

The massive camp has a total population of almost 200,000 registered refugees and asylum-seekers.

In a statement on Thursday, Pan Africa ILGA and The Global Interfaith Network (GIN) said they are increasingly concerned by ongoing incidents of what they described as “torture” and “brutal attacks”.

“These injustices to the LGBTQ+ refugee community in Kakuma have been ongoing for a long time, beginning in 2014. A new spate of violence broke out in June 2020, and has been ongoing since,” said the groups who reported several recent attacks.

Between 25 and 29 January, there were three brutal assaults on LGBTQ+ individuals which included beating, slashing, rape, and fire, leaving the survivors nursing life-threatening injuries. One was a victim in two of these attacks.

On 13 February, the shelter where children were sleeping was attacked. Mothers and babies were forced to run and hide in a ruined shelter off the compound. Intruders invaded and stole the children’s bedding, while their comrades surrounded and stoned the rest of the LGBTQ+ individuals at Block 13.

The following day, a three-month-old baby, carried on her mother’s back, was hit with a stone and injured during yet another stoning attack. The groups noted that ambulances often refuse to come to Block 13 and two requests for the police to transport the injured infant to the clinic were unsuccessful.

On 15 February, four gay men were set ablaze in their bedding as they slept in the open yard where they have no shelter. Three were rushed to the hospital, seriously burned. And on 17 February, three gay men were hit on the head and chin; people threw stones, tensions were high and some of the women and children were forced to flee and hide.

“LGBTQ+ refugees on Block 13 in Kakuma refugee Camp experience frequent, vicious attacks from fellow refugees and the community around them. Women are sexually assaulted and raped. Physical and sexual violence is a daily occurrence on this block,” said Pan Africa ILGA and GIN. “It is within the mandate of UNHCR to protect all refugees and to work with host governments to ensure that the basic human rights of all refugees are protected, promoted and respected.”

As a temporary solution, the activists have proposed moving those affected to a relatively safe facility within the camp; the largely vacant fenced and guarded transit centre, located a few meters from Block 13. They say, however, that the LGBTQ refugees must ultimately be relocated entirely.

The groups urged the UNHCR “to take this crisis seriously and to take all members of Block 13 to a temporary safe place as they await evacuation from a clearly highly homophobic camp.”

In 2018, Kakuma was the site of what’s believed to be the world’s first LGBTQ+ pride parade in a refugee camp. The event, however, was marred by violence and death threats from fellow refugees.