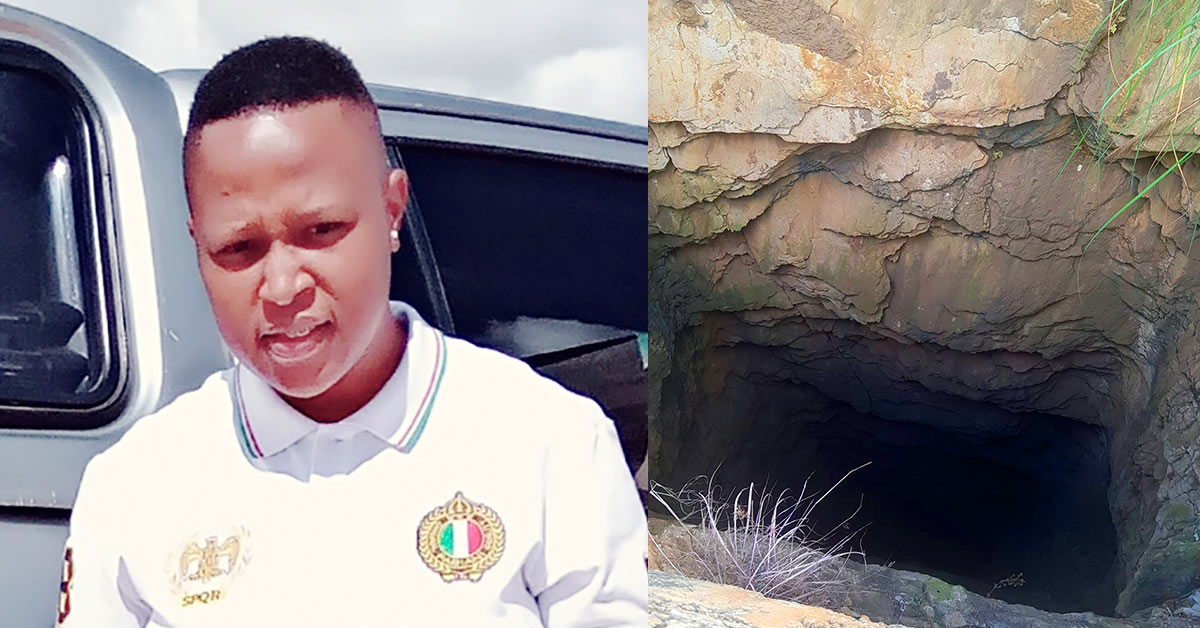 The mine shaft in which the body of Refiloe Malope is believed to have been dumped (Photo: SAPS)

A body believed to be that of kidnapped lesbian woman Refiloe Malope has reportedly been found at the bottom of mine shaft in Benoni.

On 9 May, witnesses saw a screaming Malope, 31, being forced into the boot of a white Toyota sedan by two men in Kgaphamadi village, Limpopo.

It’s believed that the men had approached Malope on the pretext of asking for help because their car had broken down. After putting her into the boot, the men drove off in the vehicle.

Earlier this week, police announced that two suspects had been arrested, a 40-year-old police sergeant stationed at Benoni Police Station and his accomplice, aged 39.

The police sergeant was arrested at work on Tuesday and the accomplice was apprehended at his hideout near the village of Apel on Wednesday.

Police were informed that the men had murdered Malope and dumped her body into a discontinued ventilation mine shaft in Benoni.

The Search and Rescue Unit of the SAPS in Benoni and the Department of Mineral Resources were called in to conduct a search operation to locate Malope.

On Saturday, local community radio journalist Success Lorobane said on Facebook that police had found a body in the deep mine shaft. It’s not clear if police have succeeded in removing the body because of it’s dangerous location.

Zaheeda Munyai from Access Chapter 2 (AC2), which has been monitoring the case, told MambaOnline that she’d confirmed with Malope’s father that the family has been informed about the body in the mine shaft.

While the motive behind the kidnapping remains unclear, Times Live last month reported that both Malope’s family and her girlfriend have alleged that the kidnapping was linked to the girlfriend’s family over “family differences”.

The two suspects appeared in the Nebo Magistrate’s Court on Thursday on charges of kidnapping and obstructing the course of justice. It’s expected that they will also be charged with murder.

If confirmed, Malope will be the seventh known queer individual to be killed in South Africa in 2022.

Earlier this month, 24-year-old Emanuel Mouers was stabbed to death by a man who objected to them using the men’s bathroom. On 27 May, the body of Ruth Chigowe, a 24-year-old lesbian mom from Zimbabwe, was found “stoned to death” in Katlehong, a large township southeast of Johannesburg.