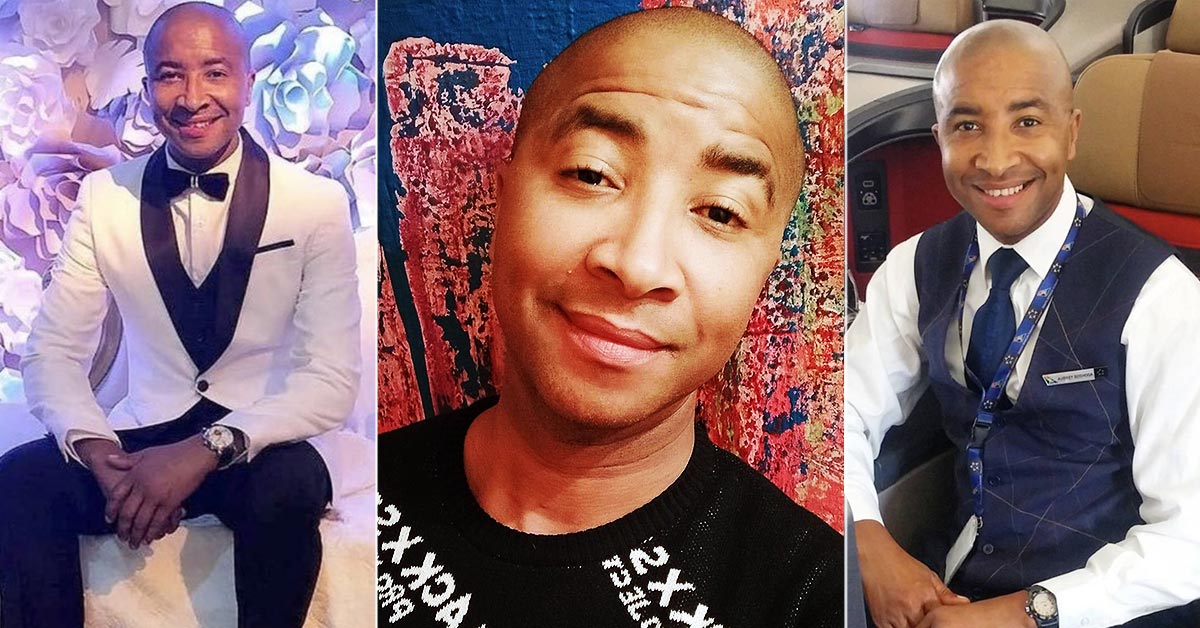 Tributes are pouring in for much-loved gay artist and flight attendant Aubrey Boshoga who was murdered in Johannesburg over the weekend.

According to reports, Boshoga’s body was discovered on the pavement outside the gate of his home in Observatory. He had been stabbed multiple times.

It’s believed that the 48-year-old was killed late on Friday night or early Saturday morning. It’s not yet clear if his murder was related to his LGBTIQ+ identity. A neighbour, who wished to not be identified, noted that the brutality of the attack was a possible indication of a hate crime.

Shocked friends, colleagues, acquaintances and celebrities like Simphiwe Dana took to social media in disbelief and heartbreak at Boshoga’s death. He is being remembered as a vibrant personality, a talented creative, a fashionista and a good friend.

According to his LinkedIn profile, Boshoga had a Bachelor of Art in Fine Arts from the University of Durban Westville and specialised in abstract contemporary art. He also worked for South African Airways as a cabin crew member for 22 years.

African Aviators expressed its sadness at his death, praising his “energy, strict sense of equity, team spirit and an unrivalled work ethic” and stated that “South African Airways and Africa has lost an outstanding cabin member.”

Boshoga’s neighbour described him to MambaOnline as an “out gay man who lived his truth.” They added: “He was very creative and incredibly social. He was a wonderful lovely person and was loved by so many people. We still can’t believe it.”

Aubrey Boshoga is the 11th known LGBTIQ+ individual killed since 12 February this year in a wave of LGBTIQ+ hate.

Here are the names of the known LGBTIQ+ individuals murdered in the past three and a half months:

Saddened to here of the passing of Aubrey Boshoga. Such a kind soul. I met him when we did this photo shoot for @Previdar . He loved and was a huge collector of vintage suitcases. May his murderer be brought to justice. #QueerLivesMatter #JusticeForAubrey pic.twitter.com/7kDE6U5KRX