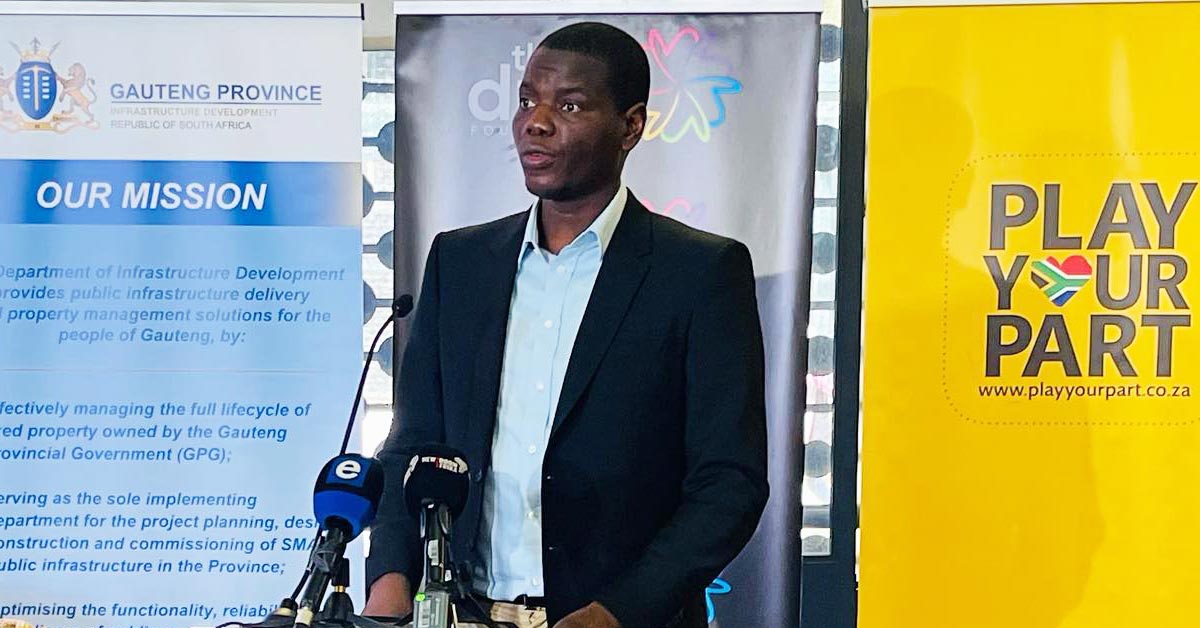 South Africa’s Justice and Correctional Services Minister, Ronald Lamola, has acknowledged that many members of the LGBTIQ+ community have yet to see their constitutional equality made a lived reality.

Speaking at the LGBTIQ+ Inclusion and Empowerment Workshops at Constitution Hill on Wednesday, Lamola said that although the country has made strides to promote and protect the human rights of the LGBTIQ+ community, the attainment of these ideals remains elusive for many in that community.

“We live in a constitutional democracy which strives to ensure freedom, human dignity and equality for all – yet for LGBTIQ+ persons, these ideals are unattainable for so long as they face discrimination and violence in their daily lives,” the minister said, reported the SA Government News service.

Lamola noted that this year alone, there have been reports of at least 20 murders of members of the LGBTIQ+ community across the country.

“On numerous occasions in our communities, we see people choosing violence instead of embracing and celebrating diversity. I urge our communities to reflect on what prompts them to respond with such violence, intolerance and disdain to people who are of a different sexual orientation, gender identity, gender expression or sexual characteristics.

“We cannot claim to want human rights for ourselves, but deny it for others. Let us…recommit ourselves to the promotion and protection of human rights for all, especially for those in the LGBTIQ+ communities,” Lamola said.

The minister said the government has made a “number of interventions” to safeguard the rights of the LGBTIQ+ community. Lamola highlighted that one example is his department’s Rapid Response Team which “seeks to track and monitor hate crimes committed against LGBTIQ+ persons”.

Activists, however, have in the past claimed that the team has been dysfunctional at times and that not all government stakeholders – especially the police – have participated consistently.

Another measure highlighted by Lamola was the Hate Crimes Bill.

“The Prevention and Combating of Hate Crimes and Hate Speech Bill, which is currently before the National Assembly, has the capacity to, once enacted, not only ensure that justice is dispensed in matters of this nature, but also aims to prevent these attacks before they occur.”

Lamola added that his department together with the Department of Home Affairs, the European Union and civil society organisations will be holding a long-awaited dialogue to address amongst others, “Trans and Intersex policies for Legal Gender Recognition and ending Intersex Genital Mutilation in South Africa”.

“As our democracy matures, it has become evident that our policies are not in line with global practices when it comes to protecting the human rights of Transgender and Intersex persons.

“A pivotal outcome of the conference is to draft four policy briefs that focus on challenges faced by Transgender and Intersex persons in South Africa,” he said.

Hosted by the Thami Dish Foundation during South African Pride Month, the LGBTIQ+ Inclusion & Empowerment Workshops span four days and address the spheres of justice and law; media and communication; diversity and inclusion in the private and public sector; and mental health.

Below are the known victims of the LGBTIQ+ murders that have shaken South Africa since 12 February 2021: